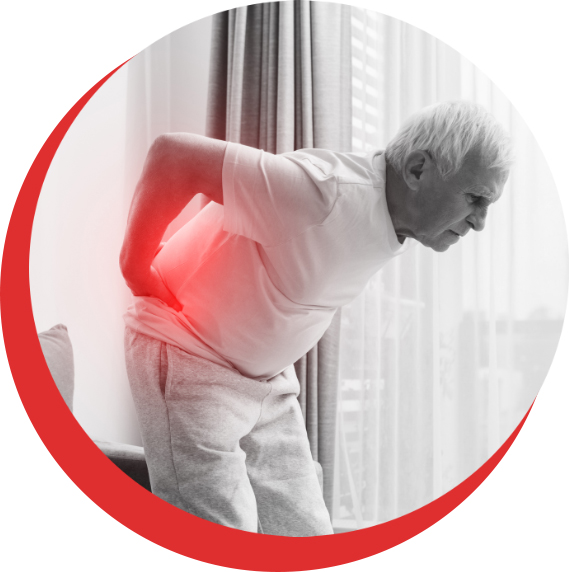 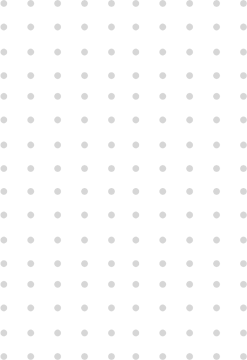 What is Kidney Failure?

Kidney failure is the last stage of chronic kidney disease. It is also called end-stage renal disease (ESRD). It is the inability of the kidneys to maintain their function long enough to make it possible to survive without dialysis or a kidney transplant.

The kidneys are a pair of organs located symmetrically on either side of the spine, at waist level and closer to the back.

Its main function in the body is to filter the blood passing through it and to remove toxins and harmful substances from the body. The wastes generated during the purification process of the kidneys go to the bladder and are excreted from the body during urination.

Apart from this, the kidneys also balance the body’s water level, produce the active form of vitamin D, play a role in the production of red blood cells and are among the mechanisms that control blood pressure.

Kidney failure occurs when the kidneys lose their ability to adequately filter toxins from the blood. If the kidneys do not do their job regularly, the body becomes overloaded with toxins. If left untreated, this can lead to life-threatening kidney failure.

What are the Types of Kidney Failure?

Acute internal renal failure can result from direct trauma to the kidneys due to physical impact or accident. In addition, toxin overload and ischemia with a lack of oxygen to the kidneys are also among the causes. Severe bleeding, shock, renal blood vessel occlusion, and capillary inflammation can cause ischemia.

Chronic prerenal renal failure is a condition in which the kidneys shrink and begin to lose their function because there is not enough blood coming to the kidneys for a long time.

Chronic post-renal renal failure results from long-term obstruction of the urinary tract. If there is no urine for a long time, pressure and damage to the kidney occur.

What are the Stages of Kidney Failure?

Kidney failure is classified in five stages. These range from very mild (stage 1) to complete renal failure (stage 5). As the stages progress, symptoms and complications increase.

Stage 1 is a fairly mild stage. Usually there are no symptoms or visible complications. There is very little damage to the kidneys. It is still possible to slow the progression of the disease by managing and maintaining a healthy lifestyle at this stage.

For this, it is necessary to eat a balanced diet, exercise regularly, avoid the use of tobacco products and maintain a healthy weight. If there is diabetes, blood sugar must also be properly managed.

Stage 2 kidney disease is still considered a mild stage, but protein leakage in the urine or physical damage to the kidneys can be detected. Lifestyle approaches that are useful in phase 1 are also used in phase 2.

In stage 3, kidney disease is considered moderate. The kidneys no longer work as they should. Stage 3 kidney disease is sometimes divided into 3A and 3B. A blood test that measures the amount of waste in the body distinguishes between the two.

Symptoms become more pronounced at this stage. Swelling in the hands and feet, back pain, and changes in urination frequency are the most common symptoms. Adopting a healthy lifestyle will still help, but the use of medication to treat the underlying causes of the problems can begin at this stage.

Stage 4 kidney disease is considered moderate to severe. The kidneys cannot work well, but the stage of complete kidney failure has not yet been reached. Among the symptoms of this stage are complications such as anemia, high blood pressure and bone disease.

A healthy lifestyle is still vital. In addition, various therapies can be applied to slow down the damage to the kidneys.

In the 5th stage, the kidneys are either in a state of complete failure or very close to it. The signs that the kidney has lost its functions are quite obvious. These include vomiting and nausea, shortness of breath, itchy skin. Individuals at this stage need regular dialysis or a kidney transplant.

There are many factors that can prevent the kidneys from functioning properly. These include exposure to environmental pollution or some toxic drugs, some acute and chronic diseases, severe thirst or dehydration, and kidney trauma. The cause of kidney failure typically also determines the type of kidney failure.

When the urine is not excreted from the body, the accumulated toxins can cause an overload in the kidneys. Some types of cancer can cause this condition by blocking the urinary tract. These include prostate, colon, cervical, and bladder cancer types, which are the most common types in men.

Kidney stones, enlarged prostate, and blood clots in the urinary tract can damage the nerves that control the bladder and interfere with urination, leading to kidney failure. Apart from these;

Blood clots in or around the kidneys
Infection,
Toxins from heavy metal poisoning,
drugs and alcohol,
Vasculitis, which is an inflammation of blood vessels,
Lupus, an autoimmune disease that can cause inflammation of many organs in the body
glomerulonephritis, which is inflammation of the capillaries of the kidneys,
hemolytic uremic syndrome, which is a breakdown of red blood cells that usually occurs in the intestines after a bacterial infection.
multiple myeloma,
Multiple myeloma, which is cancer of the plasma cells in the bone marrow,
Scleroderma, an autoimmune disease that affects the skin,
thrombotic thrombocytopenic purpura, a disorder that causes blood clots in the capillaries,
Chemotherapy drugs used in the treatment of cancer and some autoimmune diseases, dyes used in some imaging tests,
Some antibiotics and uncontrolled diabetes are other factors that can cause kidney failure.

What are the Symptoms of Kidney Failure?

Individuals with kidney failure usually have few symptoms of this disease. However, in some cases, there are no symptoms at all. Among the possible symptoms are;

Swelling in the legs, ankles and feet caused by the excess water in the body not being excreted by the kidneys,

unexplained shortness of breath
extreme drowsiness or tiredness
persistent nausea,
confusion,
chest pain or pressure,
There is a convulsion or coma.

Early signs of kidney failure are often difficult to spot, as they are often very mild and nuanced. Early symptoms include decreased urine output, swelling of the limbs, and the presence of breathing.

How is Kidney Failure Diagnosed?

There are many methods used to determine the type of kidney failure. The most important method used to diagnose kidney failure is urinalysis. A urine sample is taken to test for abnormalities such as protein or sugar leaking into the urine. In addition, urine sedimentation test can also be done. During this test, the amount of red blood cells and white blood cells is measured, looking for the presence of high levels of bacteria and urinary waste particles.

Measuring how much urine is produced is one of the simplest tests to help diagnose kidney failure. For example, urinary tract obstruction caused by injury or many diseases can cause decreased urine output.

Blood tests may be required to measure substances such as urea nitrogen and creatinine, which are normally filtered by the kidney. A marked increase in these substances may indicate acute renal failure.

Tests such as ultrasound, MRI, and CT scan provide images of the kidneys and urinary tract. In this way, blockages or abnormalities in the kidneys can be seen.

Finally, a kidney biopsy may be done to examine the kidneys for abnormal deposits, scars, and infectious organisms. Biopsy is a simple procedure done while you are awake. During the biopsy, a piece of tissue is taken from the kidney with a special needle.

How Does Kidney Failure Pass?

One of the methods used in kidney failure is dialysis. Dialysis performs the function of the kidneys by using a machine to filter the blood and purify it of toxic elements.

Depending on the type of dialysis used, a large machine or portable catheter bag may be used. A low-potassium, low-salt diet should be followed along with dialysis. Dialysis does not cure kidney failure, but attending sessions regularly increases life expectancy.

Another treatment option for kidney failure is kidney transplantation. A transplanted kidney will function normally and eliminate the need for dialysis.

However, the waiting period for a kidney donation compatible with the patient’s body is usually long. If there is a living donor, the process can go faster. Immunosuppressive drugs are used after surgery to prevent the body from rejecting the new kidney.

These drugs have their own and sometimes severe side effects. Transplant surgery may not be the right treatment option for every case. It is also possible for the surgery to fail.

There is no special diet for people with kidney failure. Items to be considered during nutrition generally depend on the stage of kidney disease and the patient’s personal health.

Reducing protein consumption is important in early and moderate kidney disease. However, in end-stage renal disease, more protein can be eaten depending on the doctor’s recommendations. Again, the doctor may recommend avoiding certain foods.

Diabetes is the most common cause of kidney failure. This is called diabetic nephropathy. Uncontrolled high blood sugar can damage the kidneys, and this damage can worsen over time. Kidney damage caused by diabetes is irreversible. But managing blood sugar and blood pressure can help reduce damage to the kidneys. It is also important to take the prescribed medications for this. Regular screenings are done to monitor kidney failure in patients with diabetes.

Alcohol use forces the kidneys to work harder than they are. In case of kidney failure, alcohol that is not metabolized in the system continues until it is dialyzed. Beer and wine contain large amounts of phosphorus and, if not filtered, can cause serious heart problems and even death. However, most hard liquors do not carry the same risk. In the case of late-stage kidney disease and kidney failure, alcohol consumption may be limited by the doctor, and in general it may be best in some cases to exclude alcohol from the diet altogether. In the case of kidney failure, alcohol also damages other organs more and can more easily lead to liver problems.